FROM ANCIENT TIMES TO THE PRESENT

The very first references to the history of Kefalonia come from the period of the Persian Wars. Kefalonians actually took part in the Battle of Plataea, while in 434 B.C., ships and sailors from the island participated in the naval battles between Corinthians and Corfiots (the Greek inhabitants of the island of Corfu or Kerkyra, as it is locally called).

Also, during the Peloponnese War (431 B.C.-404 B.C.), four cities of Cephalonia fought by the side of the Athenians. 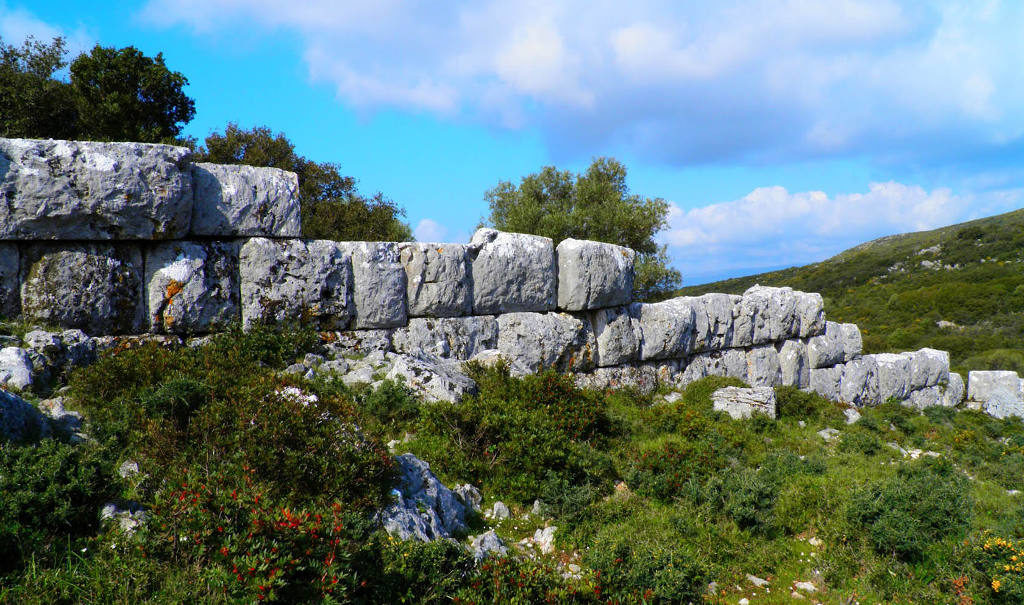 In 187 B.C., after months of heavy fighting, the Romans conquered the island and turned it into a strategic bastion in their plan to conquer the rest of Greece. Thus Kefalonia became a very important nautical base, which entailed, however, that from then onwards it would have to constantly fight off pirates and invaders. 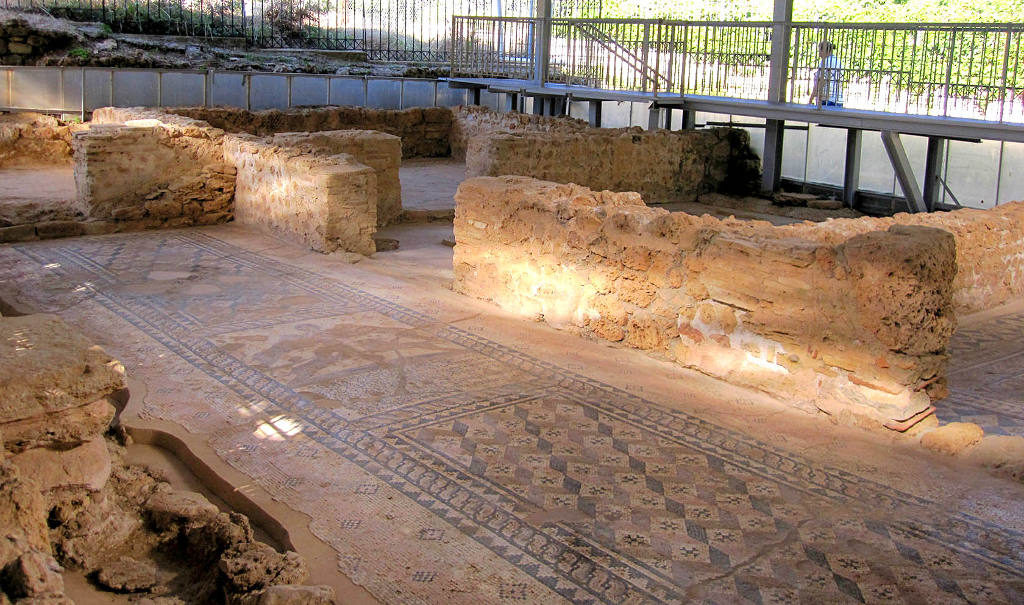 The Byzantine domination, the rule of the Francs and Venetians.

With the division of the Roman state in 495 B.C., Kefalonia became part of the Byzantine Empire and thus could defend itself effectively against pirate attacks.

From the 4th till the 11th century A.D., the island was threatened by pirates from North Africa and Saracens (which is how Christian writers in Europe during the  Middle Ages used to refer to Arab Muslims).

When the Byzantine era came to an end, the island was occupied by the Francs. This is known as the Francocracy period in Kefalonia.

Later, the island was conquered and ruled by others from Europe. When the Normans descended to the Mediterranean, Roberto II Guiscardo was not unimpressed and fought them. In 1084, although he scored victories against the Venetian and Byzantine forces, he failed to conquer Kefalonia. 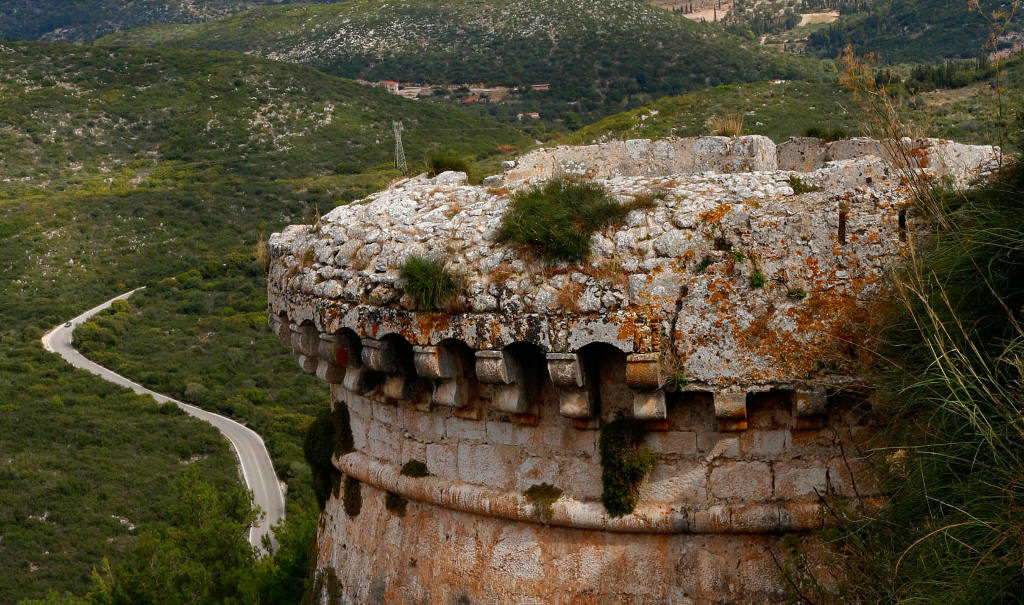 Round about 1480, the island was hit by the first wave of ottoman attacks, headed by Ahmed Pasha. They left the place devastated.

Kefalonia, like the rest of the 7-Island Complex (Eptanisa) in the Ionian Sea, fell to the rule of the Venetians. In 1482, they conquered and occupied St. George’s Castle, and slayed the Turkish soldiers who were guarding it.

In 1538, the Turks released a new attack, captured the locals, and sold them off at slave-bazars in the East.

From the 16th to the 18th century, thanks to the large naval fleets which are operating in the area, the islanders were
able to develop export of goods, and notably the local gooseberry reached some of the most distant markets in the world. 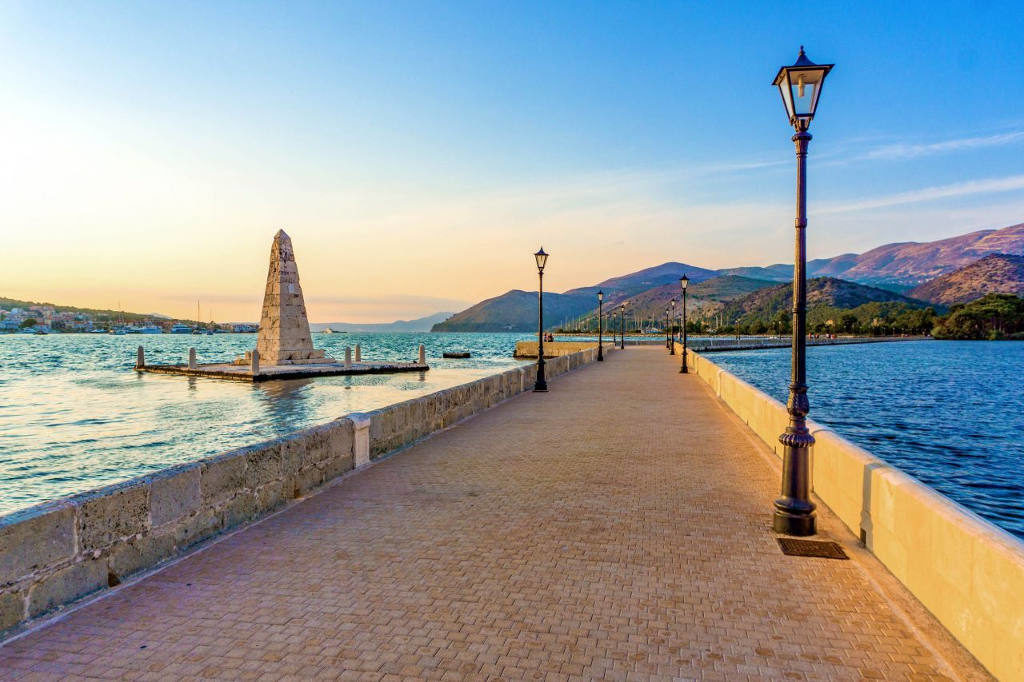 Barbarossa and the French

The famous Aegean pirate and admiral of the Ottoman navy, Hayreddin Pasha, known as Barbarossa, hit the shores of Kefalonia in June 1537 and looted the whole island.

The Turkish threat receded gradually and vanished altogether after the naval battle at Nafpaktos, in which ships from the Eptanisa also participated. In 1548, Kefalonia was conquered and occupied by the Venetians.

In 1797, French forces conquered the Eptanisa (Seven-Island complex in the Ionian), and Kefalonia became part of the French District of Ithaca. An interim democratic government was formed, titles and privileges of the nobles during the Venetian rule were scrapped.

The following year, France surrendered the Eptanisa to the Turko-Russian navy control, and thus, with the Constantinople Treaty, the Eptanesian Republic was formed, under the suzerainty of the Sultan. In 1806, in line with the Tilsit Treaty, the Czar handed Kefalonia over to the French again, and the island remained under their control until 1809. 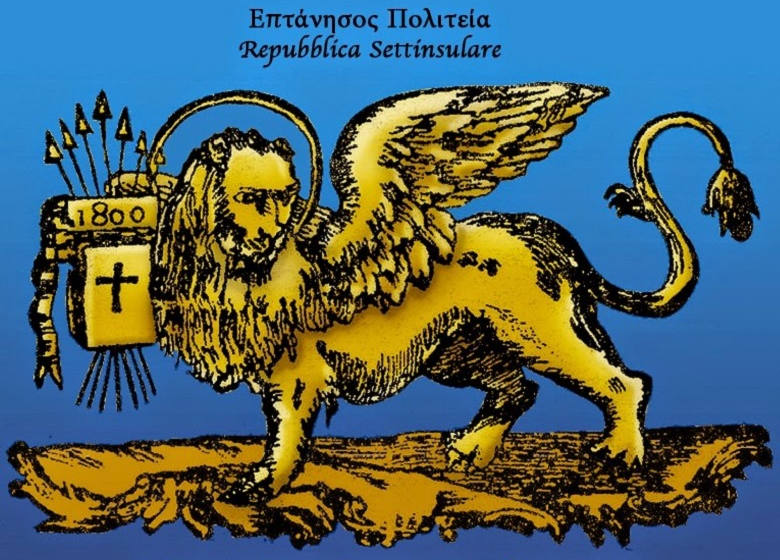 In 1809, Napoleon I, was defeated and Great Britain occupied Kephalonia, Zakinthos (Zante) and Kithira. In 1815, with the Paris Treaty, the Eptanisa became part of  the United Kingdom as the “United States of the Ionian Islands”

The British built large public constructions, like the De Bosset Bridge over the Bay of Argostoli on the island. It was the largest stone bridge ever built over sea in the whole world, and it joined the lagoon of Koutavos with the other side of the bay.

The British also built roads, the Court House, the Customs Building and the St. Theodore lighthouse at Argostoli.

Although the island remained under English occupation, it participated in the Greek Revolution of 1821 against
Turkish rule. In spite of the fact that those who occupied Kefalonia had a beneficial impact on the island, the aim
and dream of the local population was always to unite with Greece.

In May 1864, Kefalonia was finally united to the rest of the country. Britain agreed to give back the Eptanisa to
Greece, and the Act was part of the so called London Treaty.

The reason this was made possible, was the marriage between the sister of the newly appointed King of Greece,
Alexandra of Denmark, with Prince Edward of Wales, heir to the British throne. 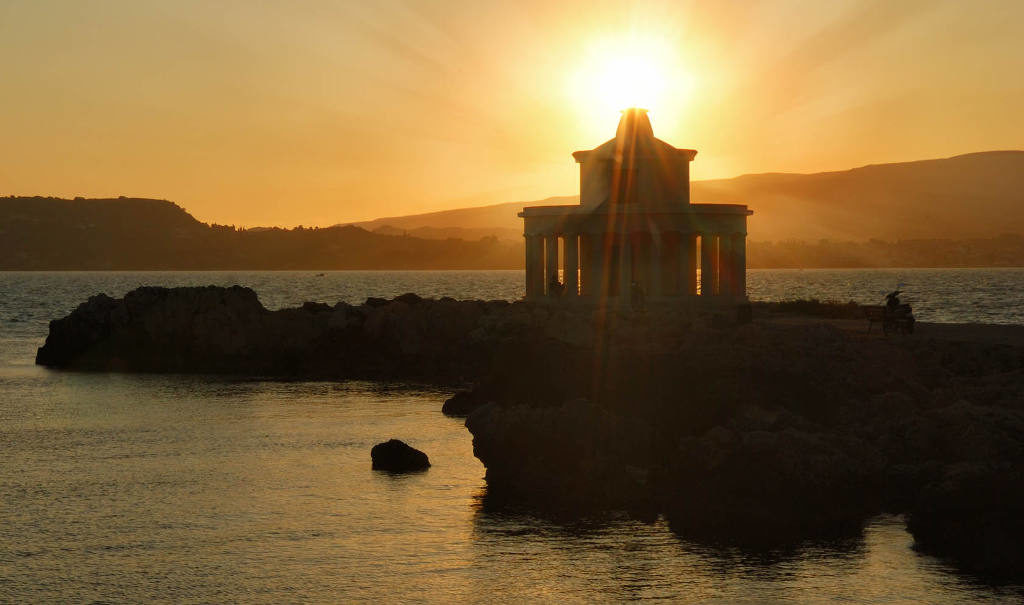 World War 2 and after

During the 2nd World War, the Italians, allies of the Germans, embarked on Kefalonia as conquerors. In September 1943, the island experienced the Massacre of the Acqui Division, also known as the Kefalonia Massacre – the mass execution by the Germans of almost 10.000 of the men serving the Italian 33rd Infantry  Division Acqui on the island.

In more recent history, Kefalonia was struck by a huge earthquake in 1953. As a result, almost all the buildings, most of them of exceptional architecture, were totally destroyed.

Important archeological sites, like the ancient towns of Sami and Krani, the well-maintained Saint George’s Castle, built in the 13th century, the De Bosset Bridge, which now has become a cobbled road, and the British-built Saint Theodore Lighthouse, which has been fully restored after the earthquake, the Mycenaean Tombs and Ancient Greek Temples, are still here and are all worth visiting!